Join Success1057 for a Tulsa tradition: the Star and Promises Concert with Peter Mayer. This year's concert is at Oral Roberts University in Howard Auditorium. (Click here for the ORU campus map.) Peter Mayer, singer, songwriter and guitarist is set to embark on the 23rd anniversary of his widely acclaimed Christmas tour “Stars and Promises.” Mayer has released 25 of … END_OF_DOCUMENT_TOKEN_TO_BE_REPLACED 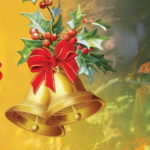 The Peter Mayer Group's Stars & Promises Tour is coming to Tulsa on Tuesday night, December 14th. It's the 20th anniversary of the first Stars and Promises concert in Tulsa. The concert is free and open to the public. The doors at Kirk of the Hills open at 6:30pm. The concert begins at 7:30pm. Kirk of the Hills is located at 4102 E 61st Street. That's on the south … END_OF_DOCUMENT_TOKEN_TO_BE_REPLACED

Welcome to WordPress. This is your first post. Edit or delete it, then start writing! … END_OF_DOCUMENT_TOKEN_TO_BE_REPLACED